You can experience art in all its forms in Budapest, whether from its historical architecture, design week, modern galleries, museum exhibitions or monumental statues. But the art we want you to experience is different, it’s controversial, some may even call it vandalism, but there is no doubt it adds colour and life to the city’s streets! So, during your sightseeing and strolls, watch out for these grand murals and vivid street art pieces…

For your convenience we’ve selected 6 pieces by Neopaint, which you can check out in-between your visits to Vaci Street, Andrassy Avenue, Basilica, and the Jewish Quarter! Almost all the pieces have local cultural significance, so consider it a fun and active history lesson. While you’re trying to locate the pieces it’s worth delving into the city’s urban culture, as well as cool and quirky spots. 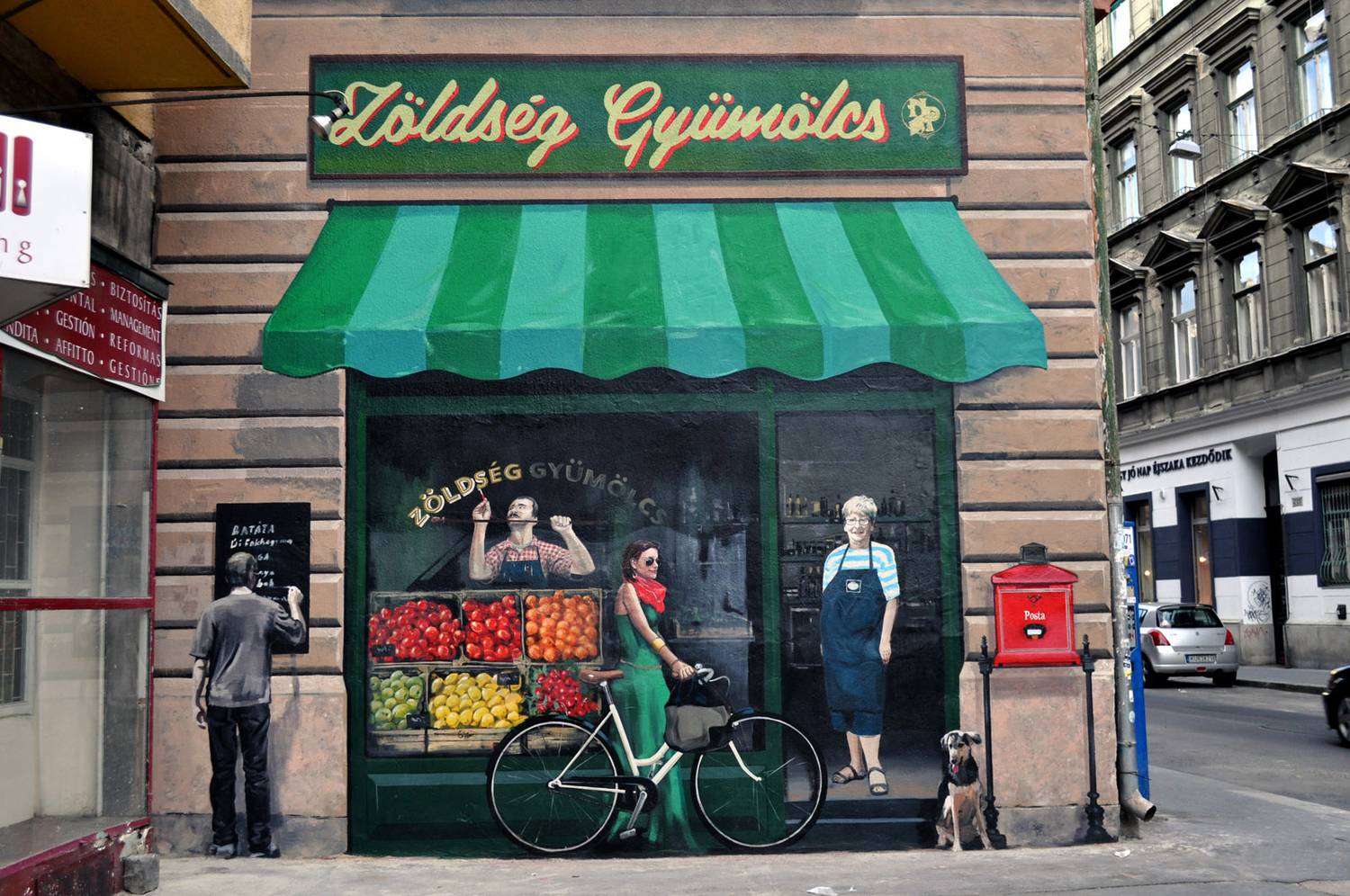 By Neopaint on Dob street 48.

This particular piece is an ode to the neighbourhood, the mural itself portrays the original facade of the building and its residents. The lady is a depiction of Aunt Zsuzsa who owns the Lumen Grocery Store right next to the mural. 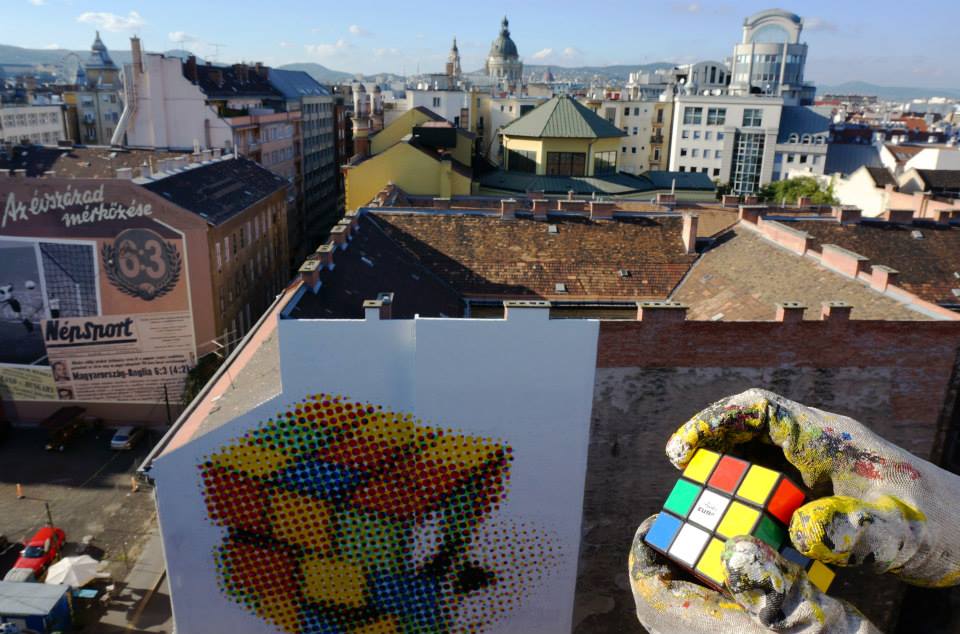 By Neopaint on Dob street 10

This mural is a tribute to Hungarian inventor Ernő Rubik, the creator of the Rubik’s Cube. The artists message is that there’s always a solution, and on the corner of the mural is the number: 43,252,003,274,489,856,000, the number of ways in which a Rubik’s Cube can be scrambled. 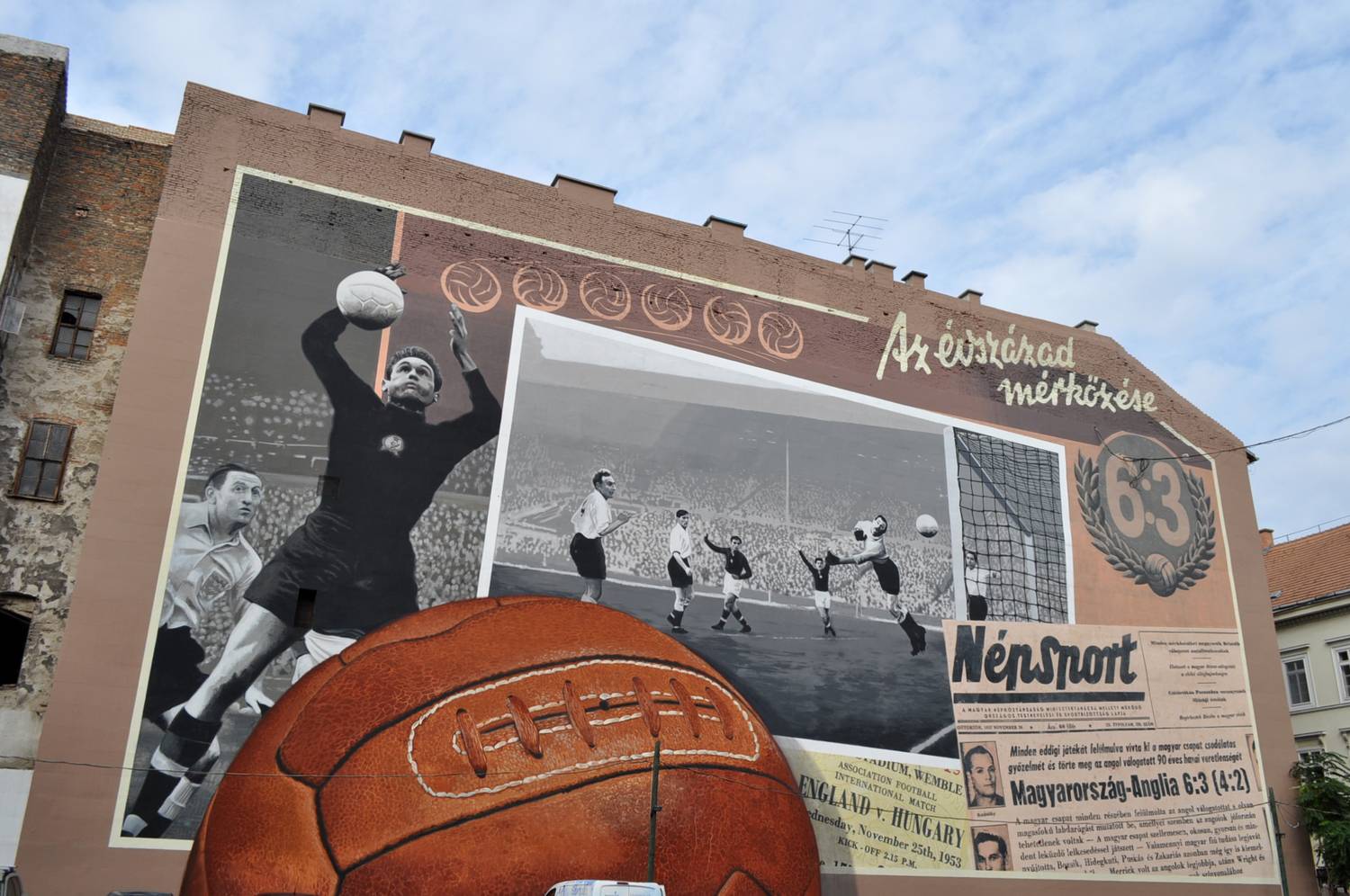 By Neopaint on Rumbach Sebestyén street 10

Just across the street from the mural above is a piece depicting what is known in Hungary as “match of the century”, where the Hungarian national football team beat England 6:3 in 1953. 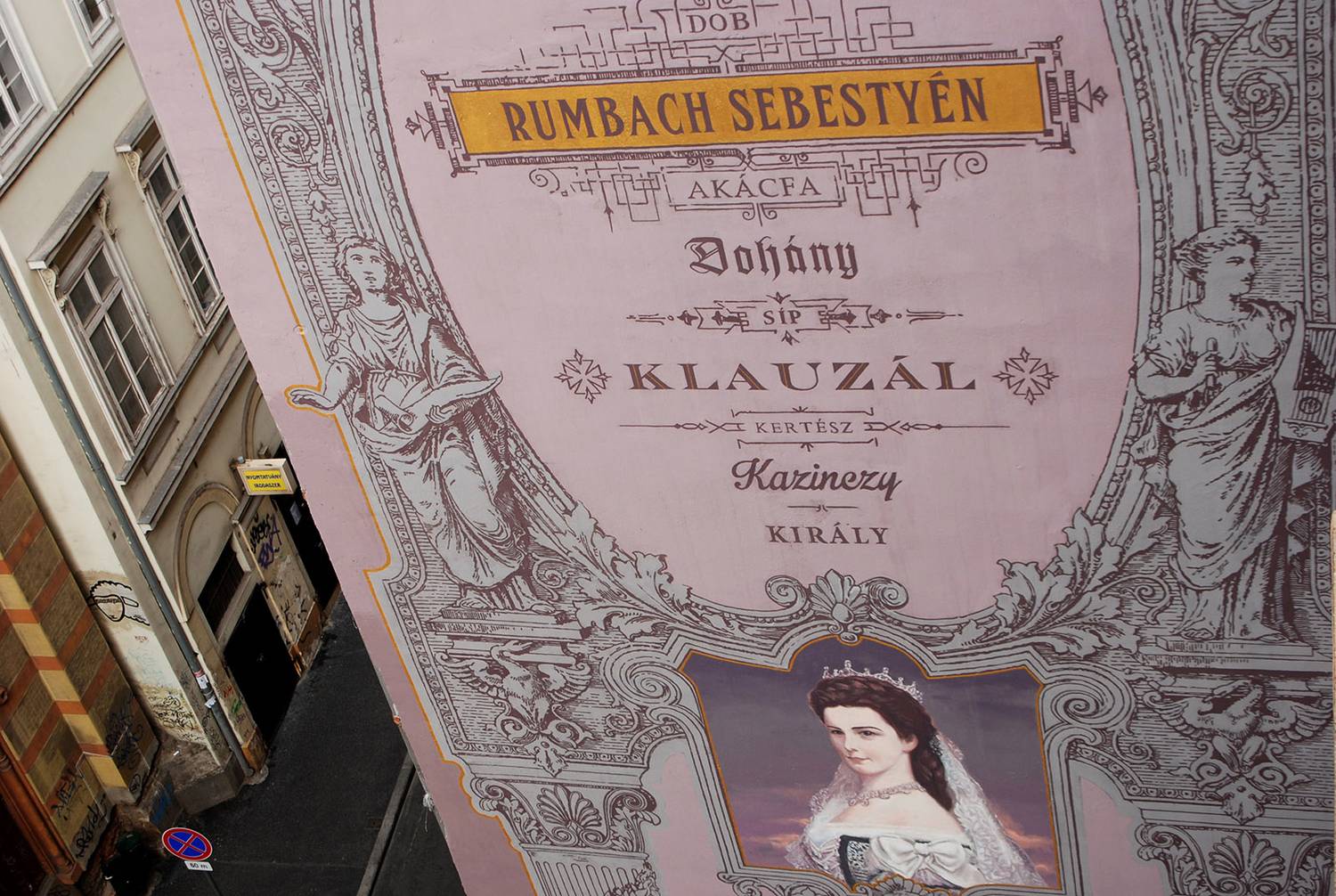 By Neopaint on Rumbach Sebestyén street 10.

Close to the Rubik’s Cube and 6:3 murals you can find a street art piece depicting Empress Elizabeth of Bavaria, wife of Franz Joseph I, also known as Sissy, favourite queen of the Hungarian people. 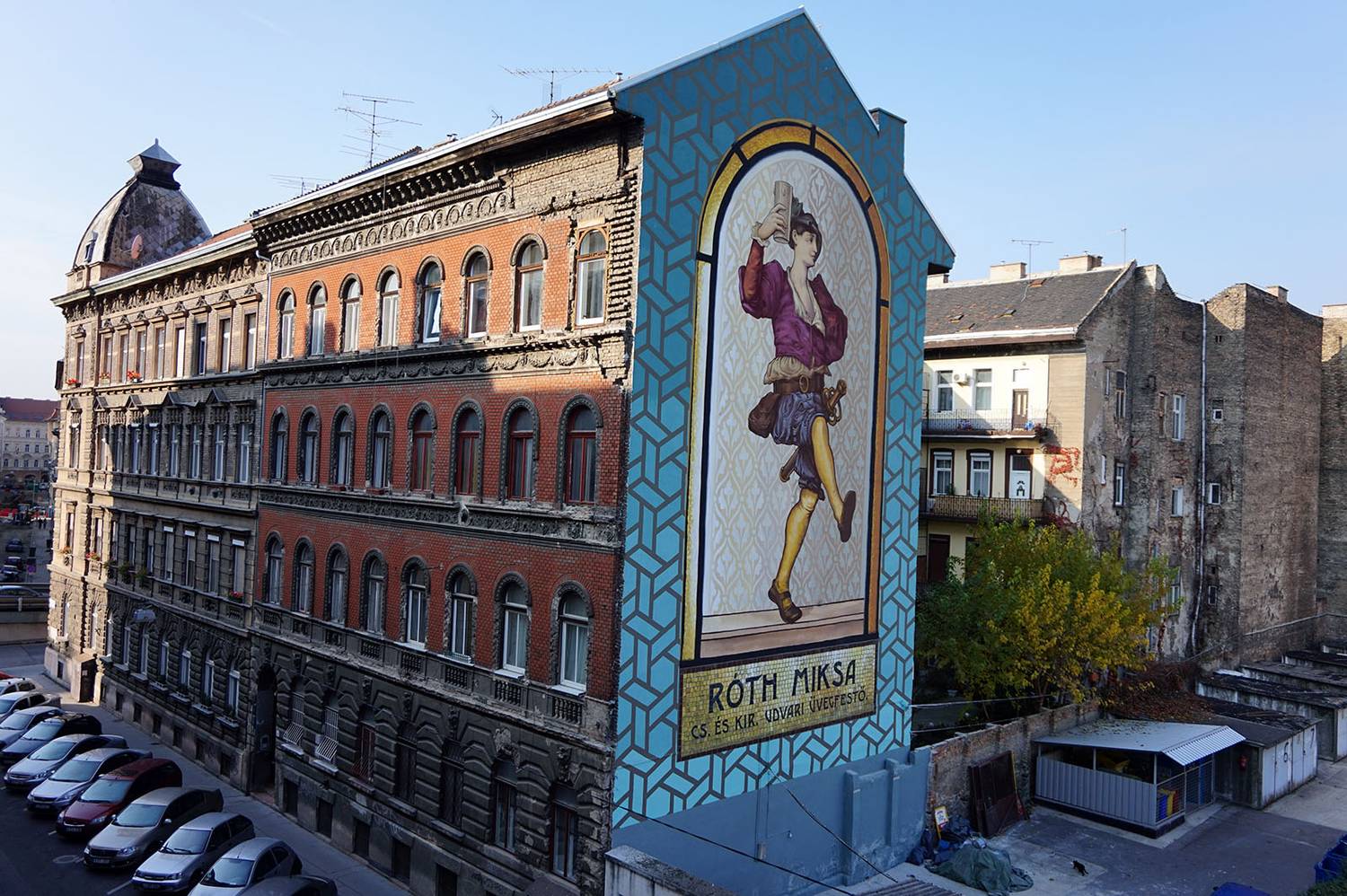 By Neopaint on Garay street 4. 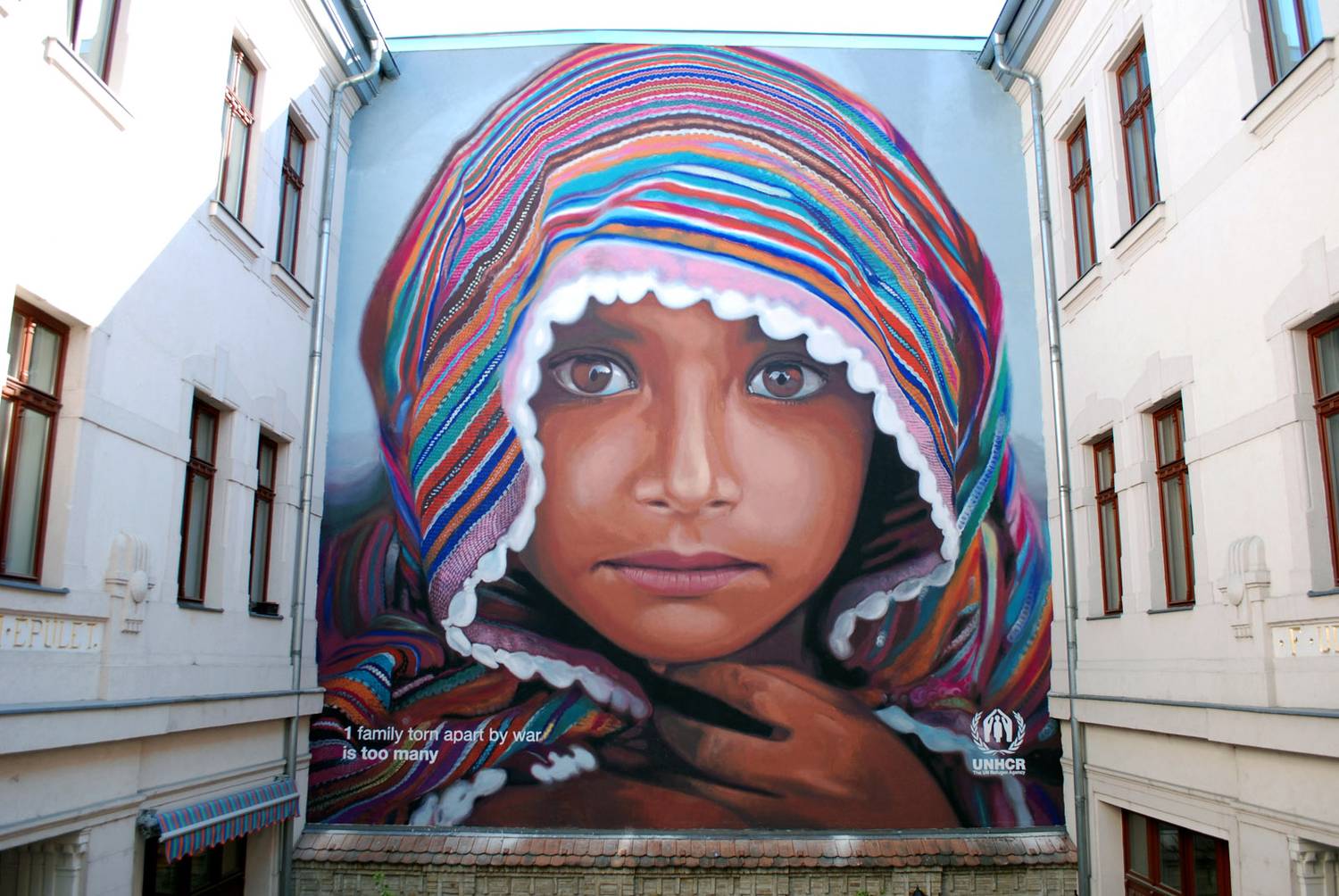 By Neopaint at Gozsdu Courtyard

Inspired by Steve McCurry’s photo Afghan Girl on the cover of National Geographic in June of 1985, the artist depicts a Pakistani refugee with the quote “one family torn apart by war is too many”.

*All images belong to Neopaint

For a more detailed tour, check out the Street Art Guide of the likelocals blog!

If you’re interested in some hidden street art (stickers, and smaller pieces), they have a blogpost about that too!