The Treasures of Buda Castle – what to know about the Castle District?

If you want to experience centuries-old atmosphere and feel, then the Buda Castle District is an excellent sightseeing choice. It is a unique experience to walk around the 800-year-old walls of the Buda Castle, where the great kings of Hungary lived and decided the country’s fate. There are plenty of program options to choose from when you visit the Castle: from a neasy walk to museums to culinary delights. If you want to stay in the Castle District, the Buda Castle Fashion Hotel guarantees maximum comfort and relaxation. Introducing what you should know about the unique neighborhood and what to see in every way!

The Buda Castle is a World Heritage Site

The Budavári Palace holds cultural, tourist, historical and gastronomic experiences for those visiting Budapest. The Castle District consists of three parts: Budavári Palace, St. George Square and the historic residential area. The Buda Castle has been listed on the UNESCO World Heritage List since 1987, and this is a good indication of its treasure for the country and the world. Bela IV. of Hungary started to build the royal palace in the 1200s after the Tartar movement, and it has been constantly transformed and extended over the centuries. St. George’s Square, which is famous in the Middle Ages, has been involved in many great historical events. Here we saw King Matthias and brother Hunyadi overthrew King László V. of Hungary in 1514, for example, and also the Archbishop of Esztergian Tamas Bakócz spreading the papal message calling for the Crusade. The residential area is full of 17-18th century buildings, which lends a unique atmosphere to the surrounding area. 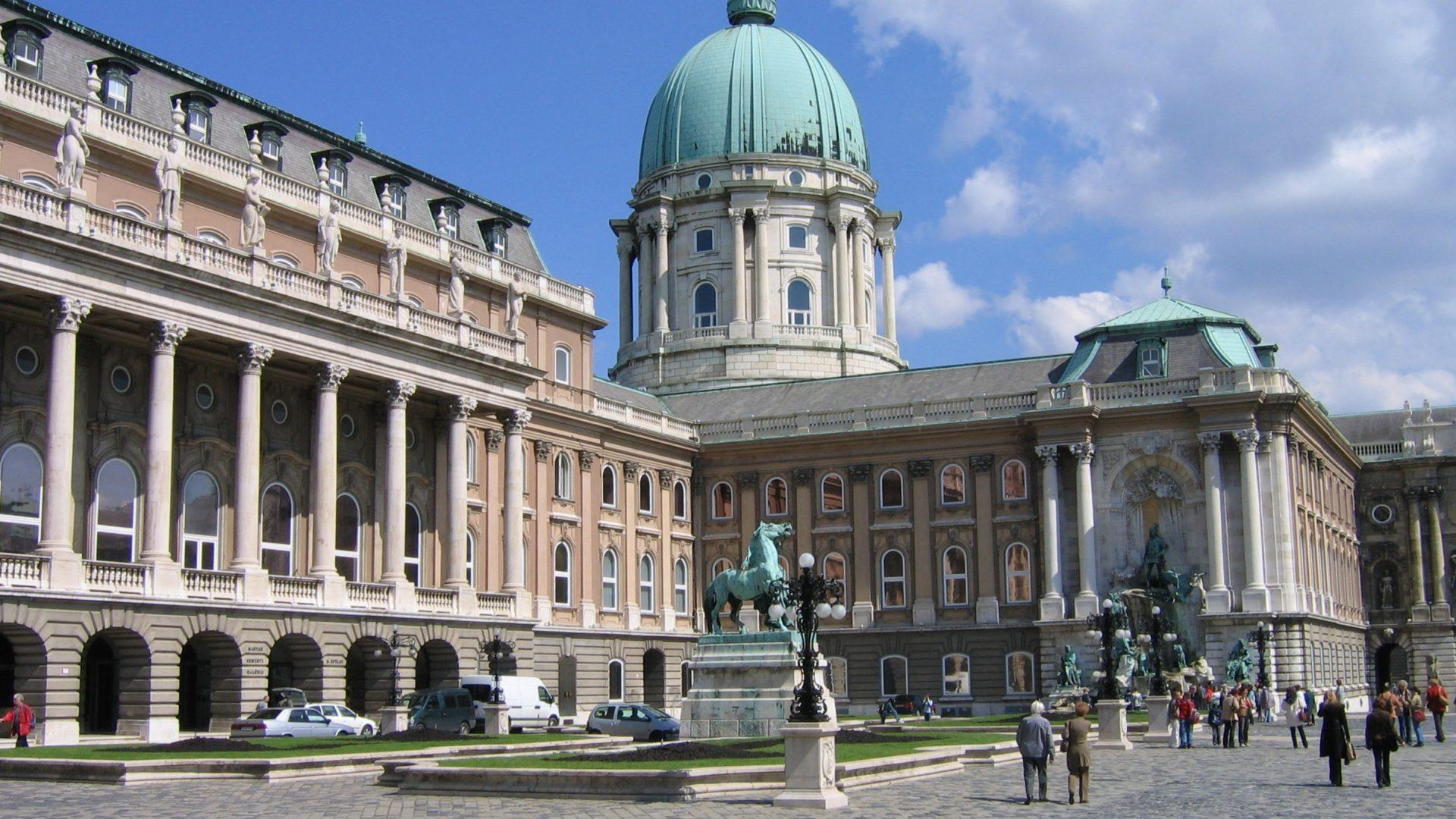 Breathtaking panorama from the Castle District

The Gothic-style Matthias Church, which is the Temple of the Blessed Virgin Mary, can be seen in the Castle Quarter on Holy Trinity Square. The 78-meter-long church was founded in a shroud. According to tradition, it can be linked to King St. Stephen, but there is no material evidence of this. Unfortunately, it is not possible to climb up to the roof of the church, but you can go down to the lower balcony. The 197 steps of stairs lead visitors up to the wreath at a height of 47 meters. The unobtrusive panorama is absolutely beautiful, so it is worth the climb.

The Fisherman’s Bastion is next to the Holy Trinity Square, whose facade is 140 meters long and its aisles extend 40 to 65 meters. The neo-Romanesque towers are symbolized seven Hungarian leaders. There are some disagreements about how the name of the monument was derived. On the one hand, it refers in principle to the everyday life of the medieval times, as the guild of fishermen was responsible for this part of the castle wall at that time. But it’s more likely that Buda Castle was named after the town called Halászváros under the castle wall. The view from the Fisherman’s Bastion is also unparalleled, where you can admire the Danube cityscape. 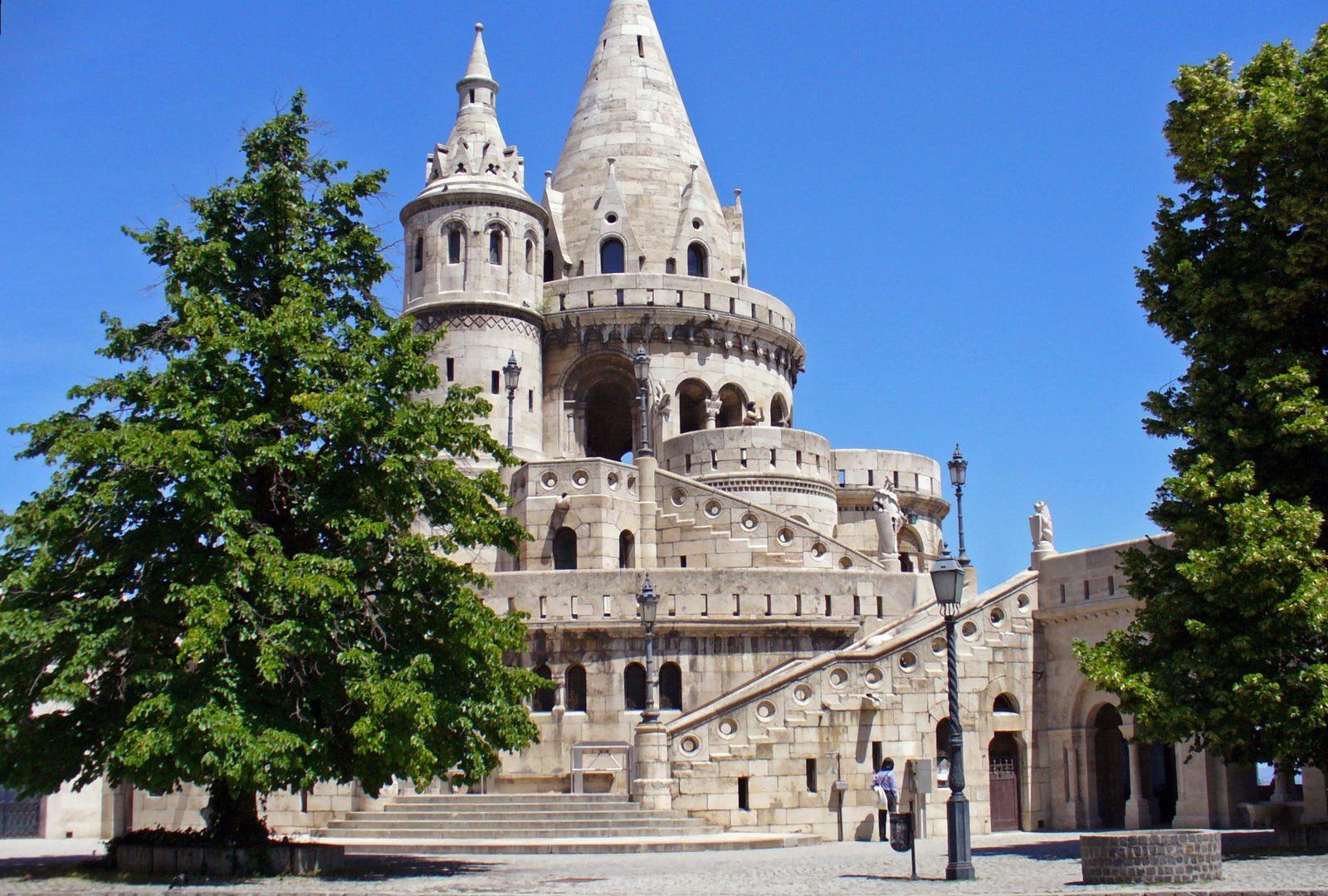 5 tips for visitors to the Buda Castle

The neighborhood is easily accessible from the city center as bus 16 goes straight to the center of the Buda Castle, at the Dísz Square stop. It’s a bit more cumbersome by car, because you have to have a separate permit to drive into the Castle District, but there are several places to park at the Castle, so this does not cause any particular concern. For the daring individuals, you can even walk to the castle on foot: you can choose from a long staircase or jagged, less risky routes.

The Budapest skyline is beautiful along the way, as it is almost completely visible to the area. A fourth way to get to the Castle is with a special railroad. The Budavári Sikló starts from Clark Ádám Square and arrives at St. George Square not far from the Palace. On the suggestion of the son of István Széchenyi, the Sikló was made in 1870 on the example of a foreign example. The 95-meter-long track traverses 50 meters of level difference, from which you can enjoy a wonderful panorama. In fact, you can go up the Castle by elevator. For example, there are elevators at the Murad Pasha Bastion and at the School Stairs, but also several places at the Castle Hill. The elevators operate 24 hours a day and are accessible for the handicapped as well.

The perfect choice for the fans is the Buda Castle

The historical part of the town is also extremely diverse from a cultural point of view. The Széchenyi National Library, which is the national library of Hungary, is located in the Castle District. There are millions of books, publications, maps, manuscripts, pictures, engravings and posters, but no documents can be borrowed. The oldest Hungarian manuscripts were hosted in the Széchenyi Library: the earliest Hungarian texts, Halotti’s speech, the first Hungarian poem, the Old Testament of Mary and the first law book are also found here. In addition, there are many original Kossuth, Petőfi, Ady and Kölcsey manuscripts.

The Hungarian National Gallery has been in operation since 1975 in the Buda Castle Palace, where the largest collection of fine art can be seen. The museum is completely accessible, allowing easy access for disabled visitors.

If you want to gain an insight into the capital’s history, then the Budapest History Museum is the perfect destination. Although the museum is home to several buildings in the city, the building on St. George’s Square counts as its center. In this Castle District museum, you can find mainly medieval collections and displays of the remnants of the castle. The Museum of Military History is also an exciting program for museum lovers, as more than 50,000 pieces of military equipment are on exhibition.

The Várkert Bazaar, which was renovated a few years ago, is a pleasant pastime of many. The original design of the building was made by Miklós Ybl in the late 1800s. In the post-construction period, it had a commercial function, and eventually became a cultural venue. The building, which is now listed as a monument, was a favorite place in Budapest for young people in the 1960s to 1980s, during which many concerts were organized.

Festivals throughout the year

Buda Castle has been a venue for various cultural festivals and concerts for many years. In the Castle District, for example, the Crafts Festival is held, bringing Hungarian folk art and traditions close to the visitors. Or the Budapest Wine Festival, which is a highly acclaimed event at a European level and has been established for more than two decades, takes place at the Buda Castle. At the multi-day festival, the products of hundreds of domestic and foreign wineries can be sampled.

From a gastronomic point of view, the Castle District is not to be discounted: whether you want to sit down for a delicious coffee or cake, or you just want to have lunch, you can definitely find the perfect restaurant here. Baltazár Budapest‘s excellent chef whips up gourmet menu items for breakfast and dinner. We can enjoy a unique culinary delight in the restaurant, so it is a good idea to stop by while you are in town. If you are looking for some sweets, you should visit the Rétesvár in the Buda Castle. In the tiny shop you can choose from original Hungarian strudels, bread rolls and various pastries.

The offerings of the Buda Castle are incredibly colorful, so there is something for everyone here. It is important to emphasize that if you do not want to sit in a restaurant or go into a museum, there are other things to do at the Castle Quarter. This part of the city is not to be missed for a real discovery and exploration of Budapest, and mood of the historical buildings and residential homes is conducive to a special experience. The view from the Castle is simply unparalleled, as the capital can be seen from an exceptional point of view.