Since the 16th century in Hungary, there have been some jagged transportation lines that were only wooden trails. They represent the predecessor of the present rail network. The first railway line in the traditional sense connected Pest and Vác in the 18th century. At the end of the century there were significant railway developments in Hungary, as a result of which the Eastern (Keleti) Railway Station was erected in eclectic style in 1884, a great traveling experience at the time.

During the years since then, the Railway Station has undergone a number of renovations, and its current form took hold in the early 2000s. Győr, Eger, Belgrade and Sárospatak are just some of the best examples of the beautiful cities that you can visit from the Keleti Railway Station.

What does Keleti Pályaudvar Budapest mean?

The Keleti Railway Station is the largest train station in Budapest and a beautiful building, the center of the district, and the confluence of a multitude of cultures. Those who look more closely around the square in front of the Station can see expectant women waiting for their significant others or children, and newly arrived foreigners with excited glitter in their eyes.

Sights in the vicinity of the train station

In the beautiful Hungarian capital that’s prominent throughout Europe, there are many attractions and opportunities for visitors to enjoy. The Keleti Railway Station itself is quite an attraction as it’s built in eclectic style that is not an everyday sight. You can admire the beautifully designed facades and sculptures of the building.  The St Elizabeth Plateau or the Fiumei Road Cemetery  are both in the area, and each sight worth a visit.

If you are hungry for culture there are many opportunities in this area. Museum and theater lovers have many options to choose from, including plays at the Erkel Theater and the Bethlen Square Theater. Heroes’ Square, one of the most beautiful and famous attractions in Budapest, is also very close: we only have to travel one stop with the 20E bus to visit the famous square. It was built at the turn of the 20th century on the thousand-year anniversary of the Hungarian conquest. The monument includes imposing statues of the Hungarian kings, the seven guards and the Archangel Gabriel.

The location of the railway station is perfect. Those arriving to Budapest from abroad and from the countryside can choose from a wealth of accommodation option if they want to stay in the city and not only for a day trip.

The advantage of the neighborhood is that wherever you are from, there are a couple of public transport facilities to take you to places to see, and sights to behold. The M4 and M2 metro lines stop right at the Keleti Railway Station, and there are several bus stops in the front of the train station.

Three accommodation options within Mellow Mood Hotels are available for those who wish to book accommodation near the Keleti Railway Station. The Baross City Hotel is just a 3-minute walk from the station, the Star City Hotel on István Street is less than 1 km away, and the Atlas City Hotel is only 1 stop away on the M4 metro line.

Budapest and, in particular, the area of the Railway Station has lots of recreation offers on tap. Next to the railway station is the Arena Plaza where, besides shopping, it is possible to upgrade the wardrobe or watch a good movie in the cinema. To partake in a 4DX movie experience in the Arena, you can try watching a movie in a moving seat.

From the railway station to the suburbs, you can also embark on interesting programs, for example, you can ride horses at Kincsem Park. And if you are spending the New Year’s Eve in our country, then you should visit the New Year program there. Not far from here, there’s the opportunity to check out high quality exhibitions at the Hungexpo. 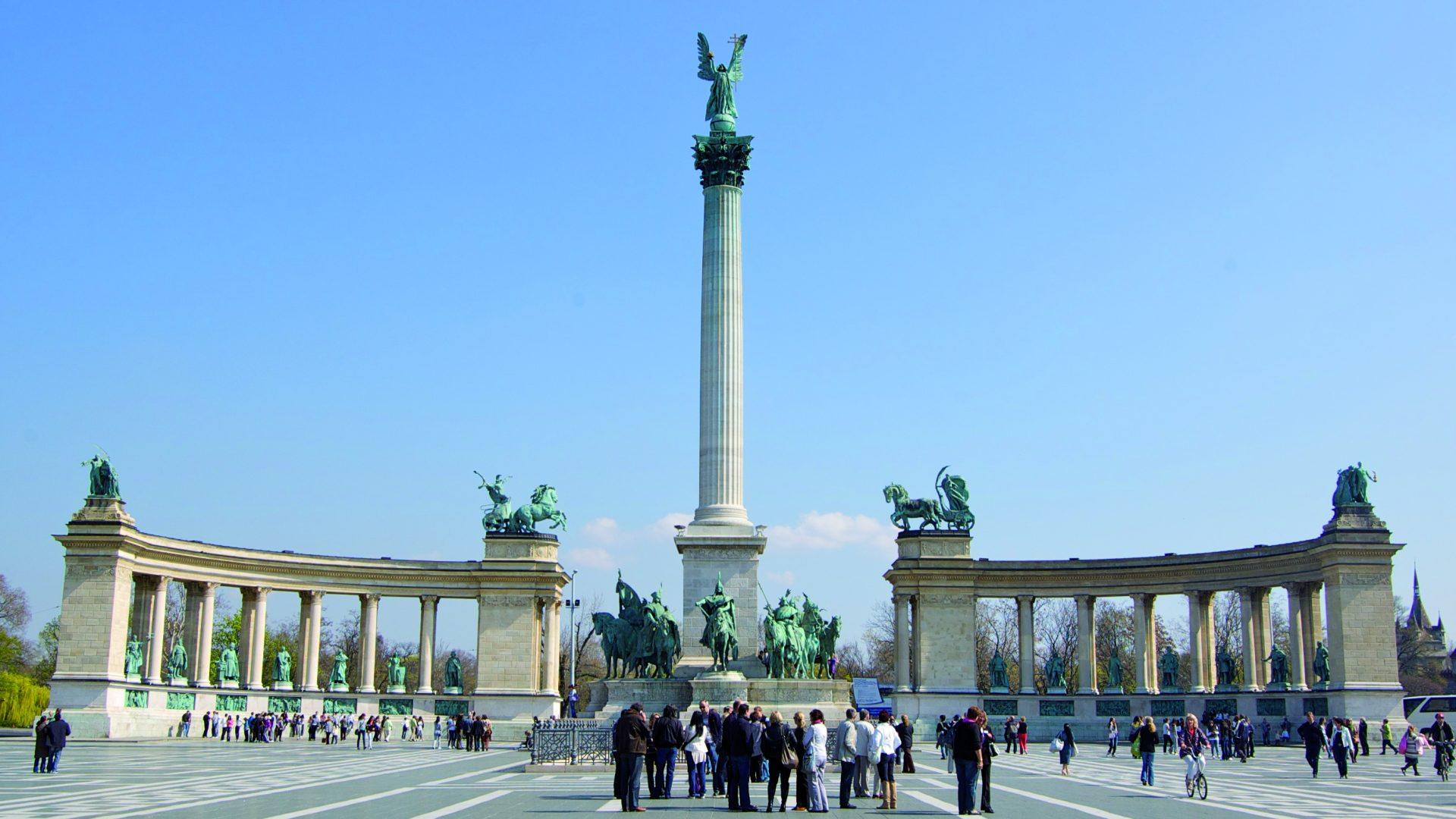 Behind the Heroes’ Square, if you walk a little further you will come upon one of the most beautiful parks in Budapest: this is the City Park, where a multitude of program options are available including the Széchenyi Spa, Museum of Fine Arts, Budapest Zoo and Botanical Garden, and the belly-laughing Capital City Circus. Winter sport enthusiasts will enjoy a unique experience from late autumn to early spring on the Körliget Ice Rink. The City Park is also a favorite for museum visitors, as there are also the Transport Museum and the Agricultural Museum.

The Pearl of the City Park is the Castle of Vajdahunyad 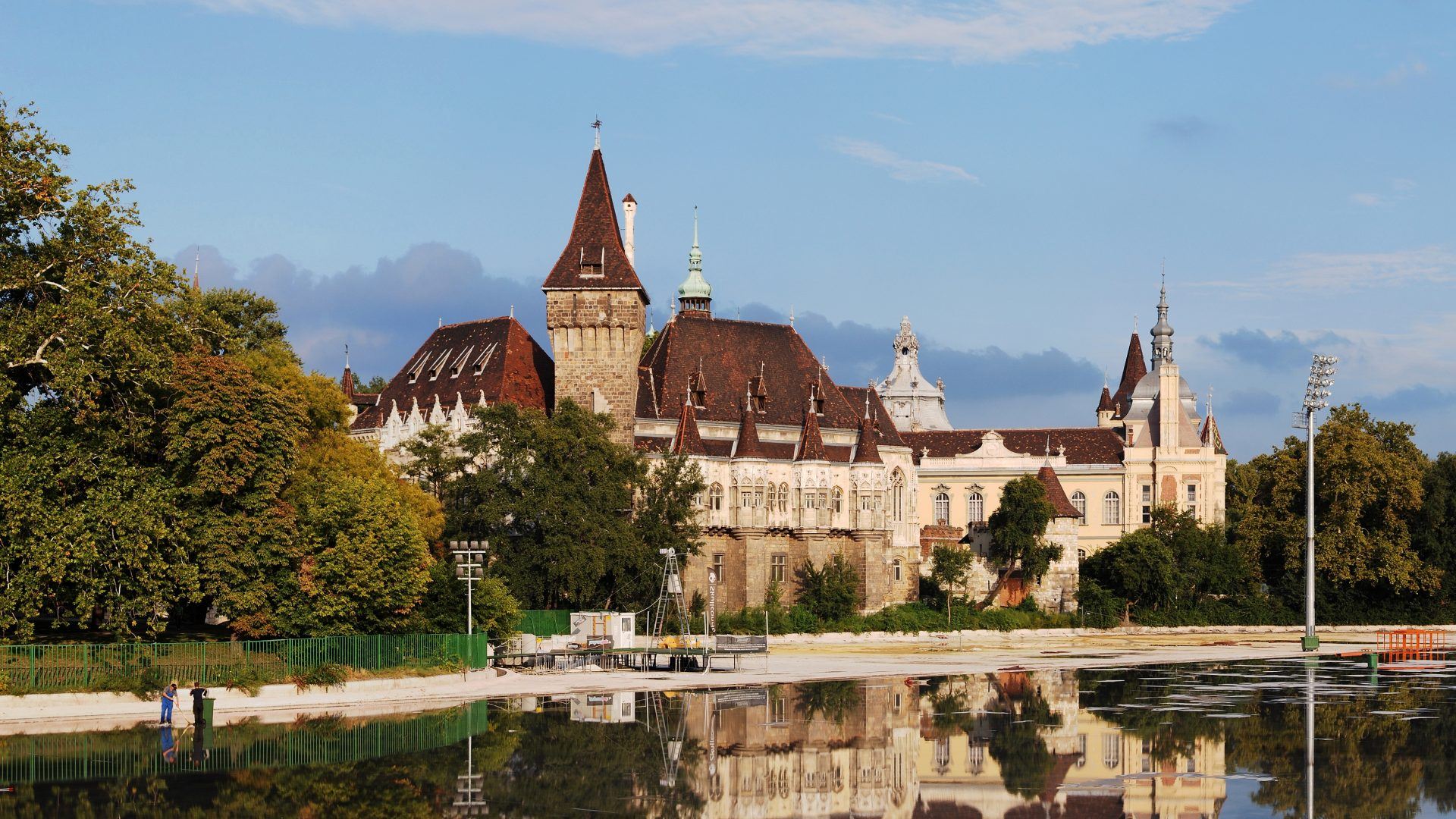 The magnificent building of the Hunyadi family was built according to the plans of Ignác Alpár in 1896. At first, however, due to a lack of budget and tight deadlines, it was almost entirely built with wood, but because of its great success, it was rebuilt from more durable materials between 1904 and 1908. The building consists of 3 large groups of buildings of different styles: you can walk along the Romanesque, Gothic and Renaissance-Baroque walls within the Castle of Vajdahunyad.

The Keleti Railway Station at night

Those who just want to have a friendly conversation with a delicious drink will find plenty of good deals at nearby bars. For those who want to have a louder, dancing evening, one of the buses from the Railway Station will help. Why? By public transport we can find ourselves in the city center within 10 minutes, where the Budapest’s Party district is waiting for those who wish to relax, with numerous ruin bars and dancing houses. Going in the other direction, you can see the Papp László Budapest Sport Arena in front of you after 1 metro stop. The venue hosts many great concerts and events, so if you are visiting Budapest for a concert, it is an excellent choice in the Keleti Railway Station area.

If for no other reason, Budapest is worth visiting for the many excellent restaurants and street food options. The Rosenstein Restaurant is one of the most prominent elements of this experience. In this Budapest restaurant, which dates back to early 21st century, you can enjoy an infinite variety of delicious meals. In addition to traditional Hungarian cuisine the menu also offers Jewish dishes. Another highlight is the Kürtos Food Bar, which is a local favorite for its homemade flavors and varied menu.

There is no lack of street foods in the neighborhood either. A row of gyros and hamburgers can be seen walking down the smaller streets. An example of this is the Low Carb Street Food Bar, which, in addition to serving extremely popular and delicious food, is low-calorie.

Anyone who likes a good coffee or a delicious cake will also find yours a favorite. One of the most outstanding cafes is the The Goat Herder Espresso Bar in István Street.

What shouldn’t be missed out when it comes to pastry? Of course the donut! At The Box Donuts, plenty of fine bits are waiting for you to be eaten with a good cup of coffee.